High Fidelity was a social virtual reality platform aimed at creating the Metaverse. A virtual world where anyone can congregate from all different parts of the world and live their lives. An emergent property of the Metaverse is that participants come together to make it more and more like the real world. During the 5 years of operations, we had people creating educational experiences, concerts, therapy sessions, theaters, shopping malls, nightclubs and more.

I joined the company as the first Product designer directly reporting to one of the co-founders. During my two years there I led the design of multiple foundational features for creating a Metaverse including marketplace, avatar management, world navigation, cloud hosting, and safety and comfort. I partnered with another designer on the VR shopping and blockchain design. I created Unity prototypes and ran 100s of usability tests between July 2017 and May 2019.

Metaverse == A virtual world where anyone can congregate from all different parts of the world and live their lives. 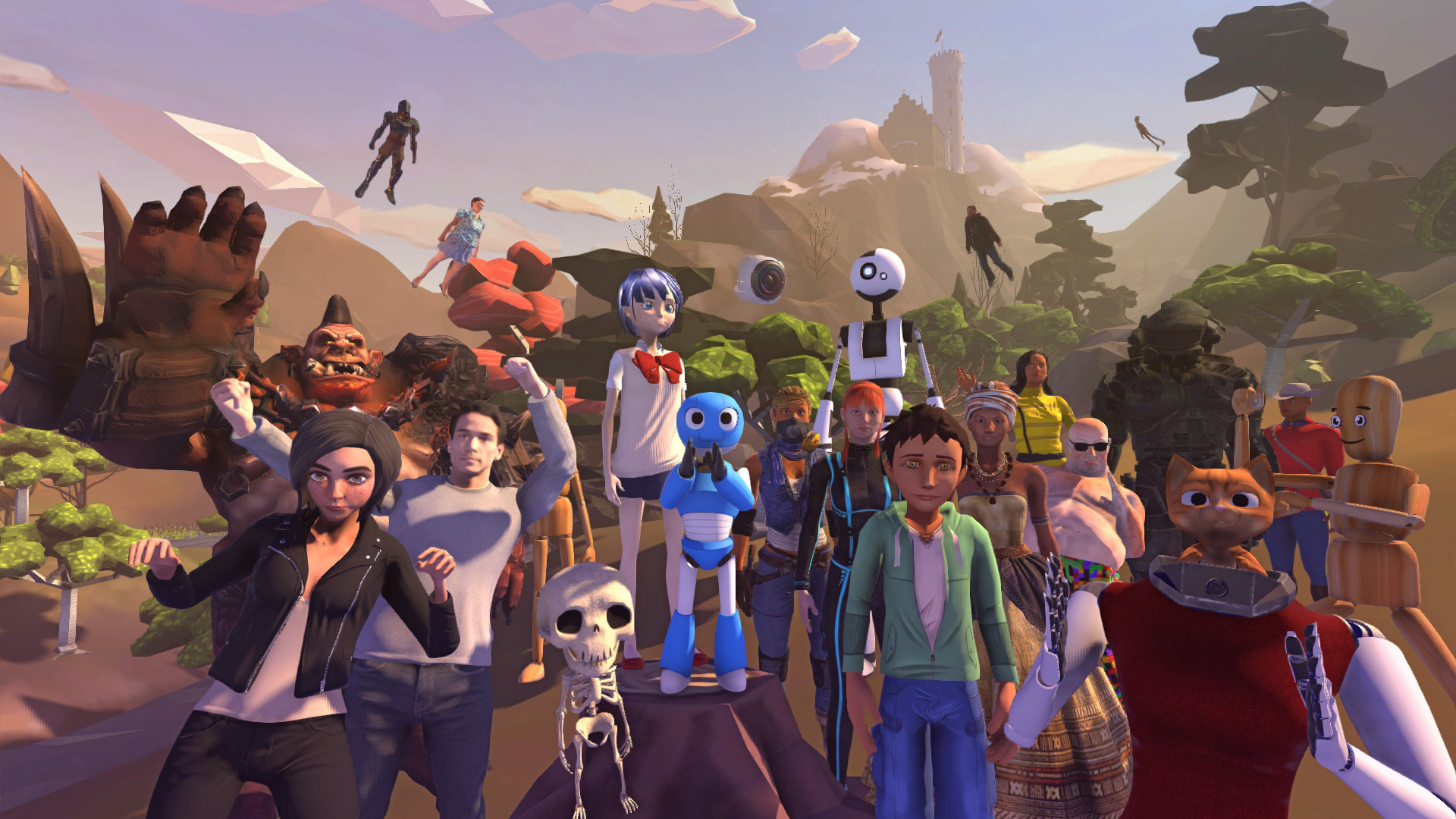 Challenge
High Fidelity is very hard to use for non-gamers

When I joined the company, there was no-one on the team with 3D interaction background. The team was very engineering heavy and had accumulated very high levels of design and engineering debt. I conducted a heuristic analysis of the complete system and came up with two main areas of focus to increase customer growth.

I partnered with a product manager and decided to prioritize locomotion improvements as majority of our customers were new to VR, and providing a great experience was paramount for increasing retention. We needed the locomotion system to be very simple to use and easily discoverable.

I led the redesign of the locomotion system in the virtual world including teleportation, strafing, flying, portals, and controller mappings.

We got consistent customer feedback that teleportation was very hard to understand for new customers. They were familiar with parabolic teleportation from all the other VR apps they had tried, and were having trouble understanding the straight laser. I categorized customer problems into two types:

1. Straight teleport laser - The user could not teleport to a surface higher than their hand could reach. The user would also accidentally end up teleporting very large distance and lose spatial context.

2. Loss in tracking - Oculus users would turn away from the optical sensors in the real world and lose tracking. They also do not have context about their position in the real world with respect to the virtual play space area. This can lead to injuries where the user can bump into real world objects.

I quickly created two concepts and asked for early feedback from developers to evaluate technical feasibility.

I designed an interaction where the teleport laser was curved to follow a parabolic trajectory. I talked with developers and realized that this would be a long term project as it required C++ engine level changes. I made the decision to kickstart this project while focusing on low effort, high impact improvements.

I worked on a playspace tracking visual that can keep the customers facing towards the Oculus Rift camera sensors. This would prevent them from constantly losing tracking of their headset and controllers. I also incorporated a rectangular visual of the playspace bounds so that customers don't bump into real world obstacles while enjoying the virtual world.

The play space area assets were rendered in front of the occluding object to indicate to the user where they are teleporting. The teleportation laser goes into "cannot teleport" state if the surface is steep enough where the user would start slipping or the user would collide with the environment if they teleport there.

Phase 2
Who moved my friend?

We had received multiple complaints from customers that they could not detect the difference between their friend losing connection and going out of the virtual world, or the friend teleporting to another spot.

Since, we wanted to promote conversation between strangers and making of new friends, this was proving to be a significant barrier in achieving this goal. I advocated for including a avatar trail in the virtual world so that customers can observe people teleporting to a different location. I conducted a competitive analysis and found that almost all social VR apps had this problem and pitched this ideas as a way to stand out. I was successful and was given a team to execute on this vision.

I worked with an animator to come up with prototype different concepts. We investigated leaving particle trails but decided that this would be too network intensive for a virtual world with 100s of avatars.

We landed on using the actual avatar as a representation and animating the avatar over the source and destination spot. I explored different animations with a character animator for short and long distances.

In the end we landed on a simpler version of these animations that was the same for all distances. I realized that with the new parabolic teleport laser, customers will not be able to teleport very long distances.

We made the build live and closely followed the customer sentiment as this was a big change to how customers move around in the virtual world. We had overwhelmingly positive feedback from customers.
"I can finally go up the stairs in one click"
"It's so great! I can let my friends follow me to another place while I am teleporting."

"It's so great! I can let my friends follow me to another place while I am teleporting." - Customer 2

Excellent reviews from existing customers about the new locomotion system and we also observed reduced onboarding times for new customers.